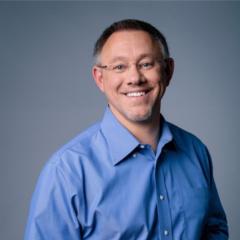 Brian Lent is a data science pioneer who has been at the forefront of data mining, machine learning, forward-thinking analytics, and leading-edge AI technology for over three decades.

​As the Co-Founder and CEO of Plunk, Lent is embarking on a mission to build “the Bloomberg of residential real estate”—starting with the launch of Plunk as the first real-time home analytics platform. With a world-class team of data scientists and engineers, Lent is bringing advanced computer vision, AI, and ML algorithms to the world’s largest asset class—residential real estate.

​Prior to Plunk, Lent founded the mobile cloud analytics company Medio Systems, supporting 440+ million consumers in over 100+ countries. In 2014, Medio Systems was acquired by Nokia (HERE Technologies), after which Lent was promoted to Chief Technology Officer. For the next four years, Lent lead a worldwide technology and R&D organization, and spearheaded the company’s primary technology roadmap and strategic direction, including product innovation, research, and multi-tiered mixed public cloud analytics technology.

​Previous to HERE, Lent spent most of his career leading groundbreaking technology work for companies including IBM and Junglee, which was acquired by Amazon. At Amazon, Lent created the company’s first data mining group, formed its analytic infrastructure, and integrated Junglee’s recommendation engine into Amazon’s data-driven consumer experiences and predictive analytics system—which ultimately drives more than 30% of Amazon’s online sales.

​While earning his Masters and Ph.D. candidacy at Stanford University in Computer Science, in 1995, he co-founded ‘Mining Data at Stanford’ (MiDAS)—the research lab which incubated the Google crawler and search engine—with fellow student Sergey Brin. Prior to Stanford, he founded his first company Micro Revelations, an early pioneer of machine-learning based PC computer games, acquired by Electronic Arts.

A recipient of both the prestigious National Science Foundation and Department of Defense Office of Naval Research Graduate Fellowships, Lent is a key industry thought leader and author of numerous professional publications and patents. Lent was a member of the World Economic Forum in 2008-2009 as a technology visionary pioneer for innovations in mobile-device analytics, and currently serves on the Founding Board of the University of Washington Information School.